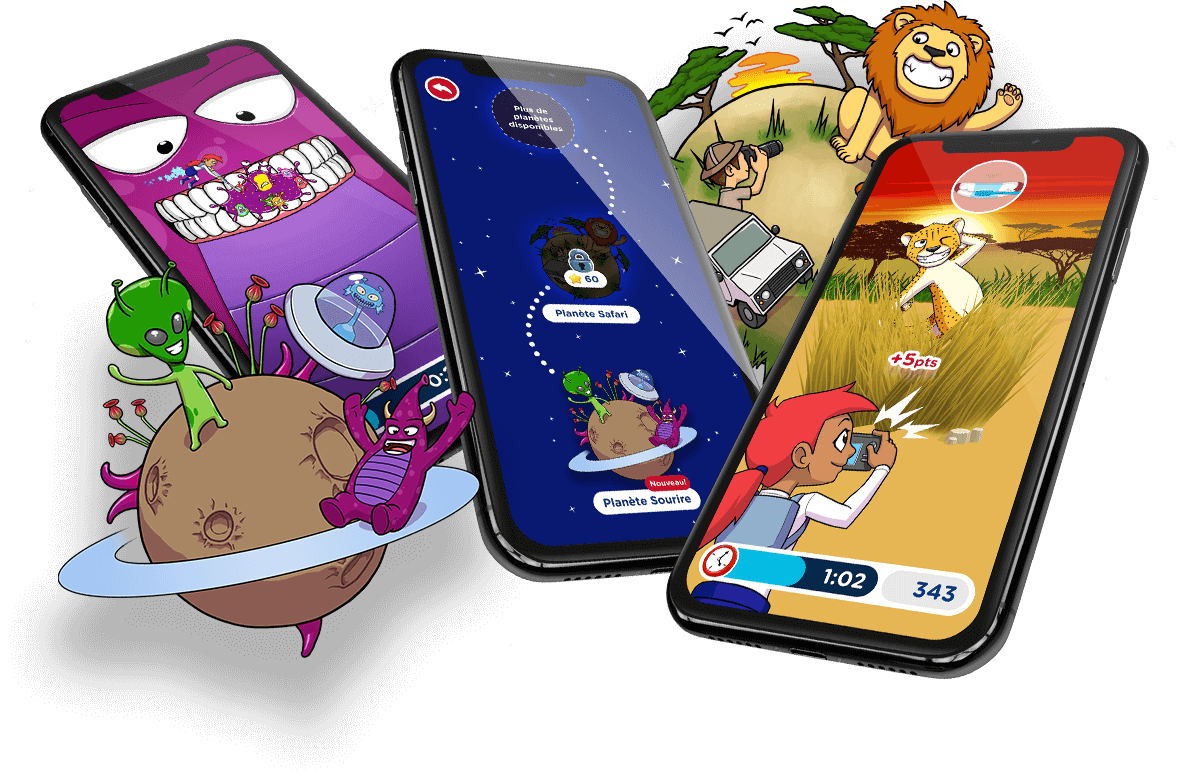 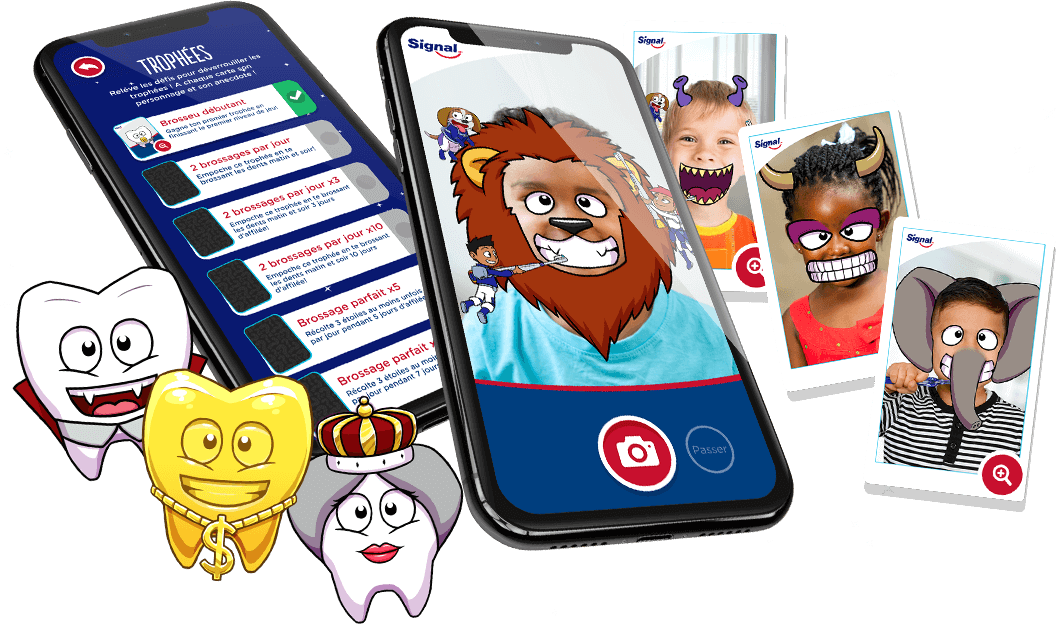 For over 25 years, Smile (the oral care masterbrand at Unilever) has been on a mission to encourage good brushing habits through school programmes and free dental check-ups, partnering with dentists and schools to teach children how to brush day and night. The team approached Koko to create a tooth brushing app, initially to be launched in France, that would engage children in a fun, creative and educational game to get them excited about brushing their teeth!

Building on what the client had learned from several previous tooth brushing apps and initiatives, Koko were challenged with the task of using AR technologies to create a children’s brushing app that would not only encourage users to brush twice a day but would also guide and teach them how to brush the different areas/zones of the mouth to help them form a healthy and effective brushing routine.

Introducing...Super Brush! Children join the Super Brush team in an intergalactic adventure to help aliens and animals across the galaxy to get rid of the nasty Cavity Critters that are ruining their teeth. Using AR to track their live brushing, users earn points and stars every time they brush, collecting Toothie Character achievement cards along the way. Packed full of exciting, visually stunning levels, funny selfie opportunities and character customisation, there’s loads for children to sink their bright, shiny teeth into!