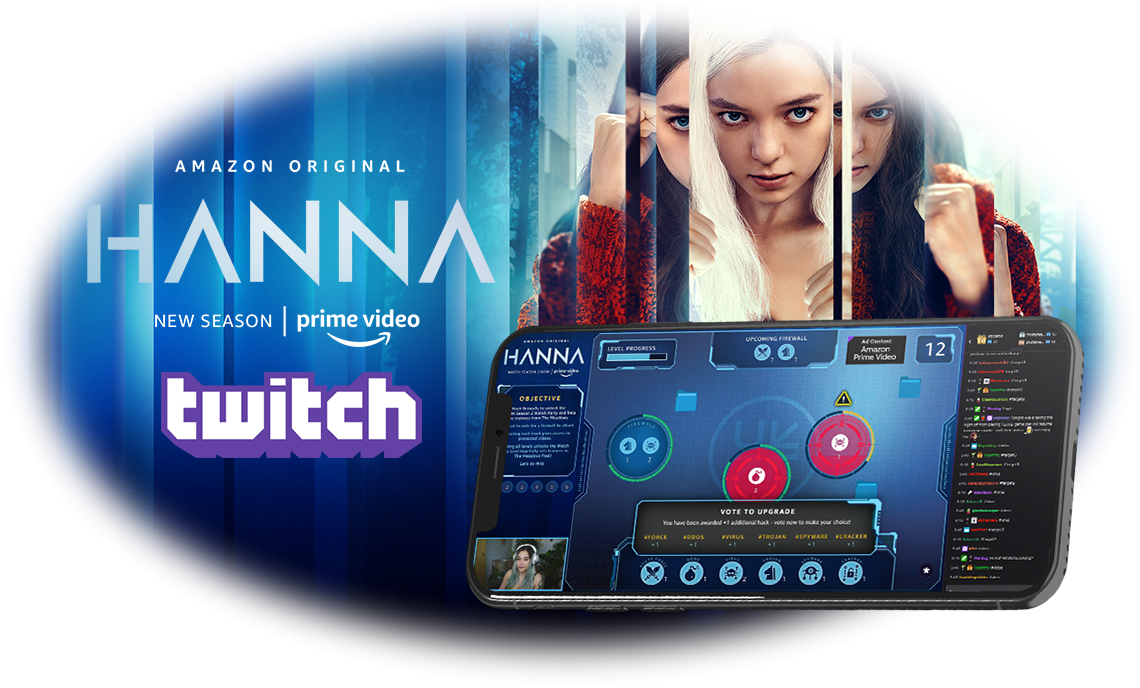 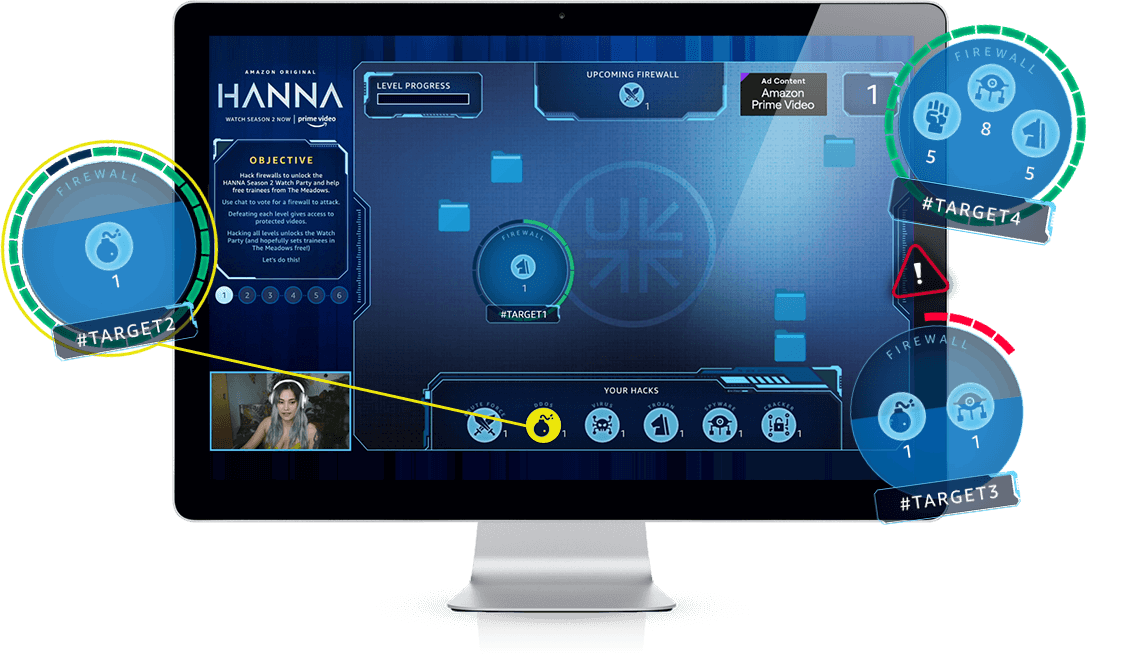 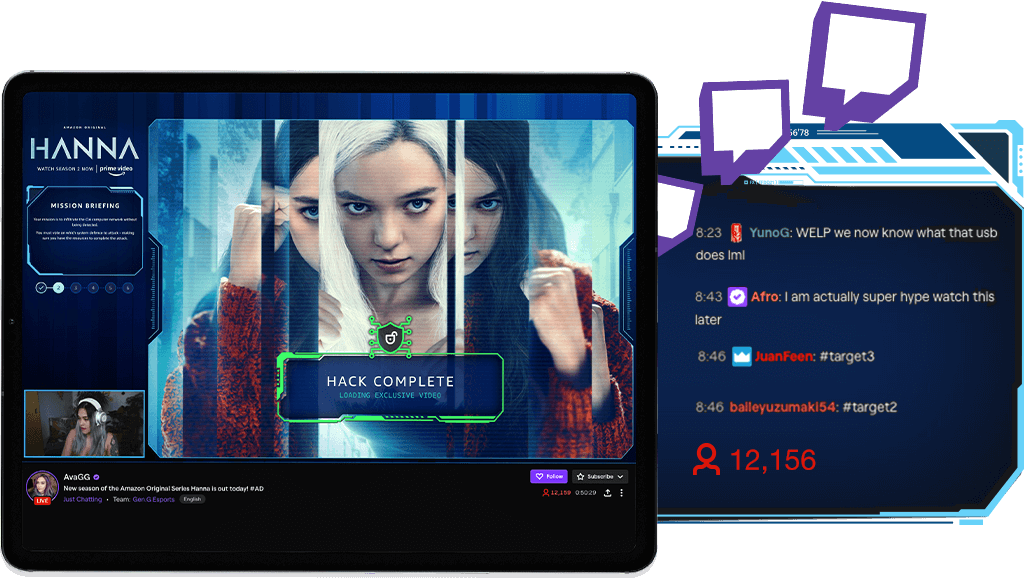 This project saw us collaborate with powerhouses in the entertainment industry; Amazon Prime, the guys behind some of the most popular online streaming television programs and Twitch, the world's leading live streaming platform for gamers, allowing them to watch and chat with millions of fans from around the world. We knew this collab would have the audience twitching with anticipation of watching the new show!

To support the lead up to the newest season of HANNA, an Amazon Originals program, Twitch tasked us with a fun interactive game that focused around hacking - a key theme in the new season of HANNA. Upon completion of each level exclusive footage was dropped in to further excite the audience which kept the Twitch community engaged throughout the experience. Players had the ability to interact with the game by using hashtags to determine the next move and had to collaborate together.

Immediate feedback in chat showed that users really engaged with the content and even managed to pull in over 13,000 concurrent viewers from all across the globe.