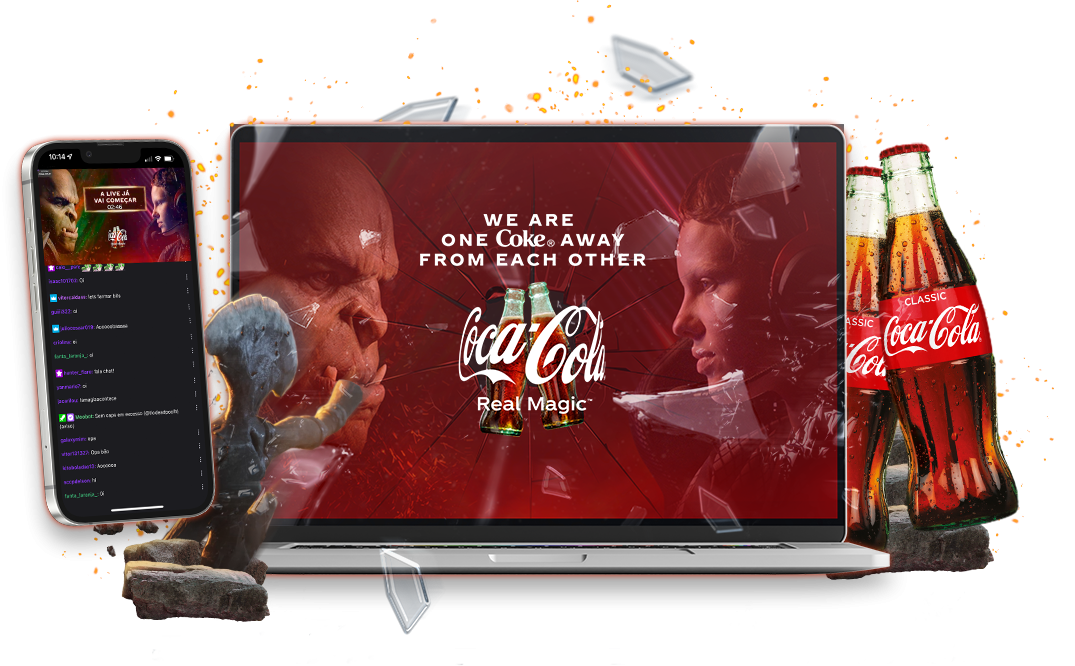 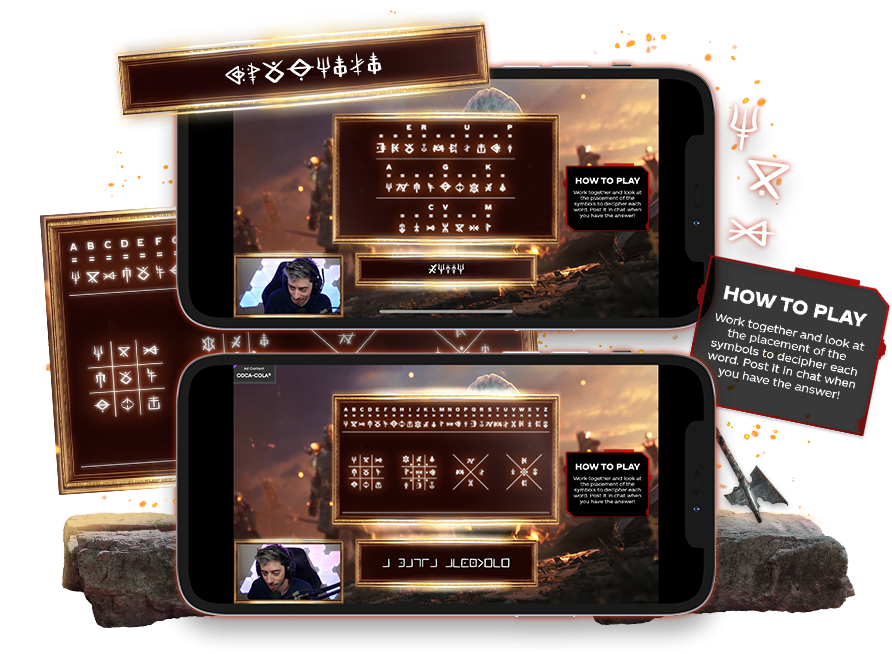 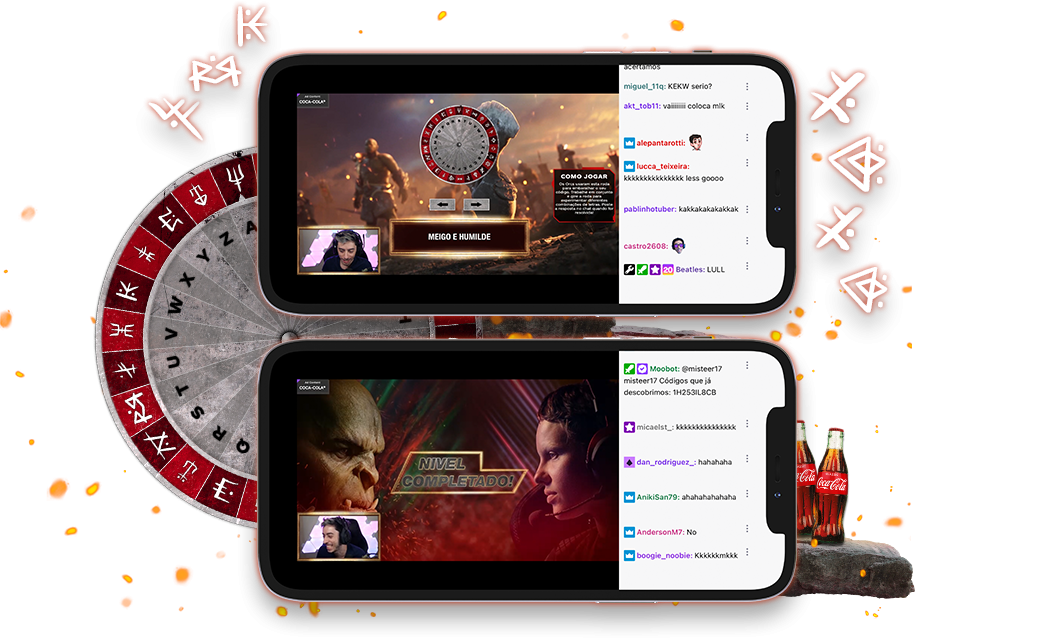 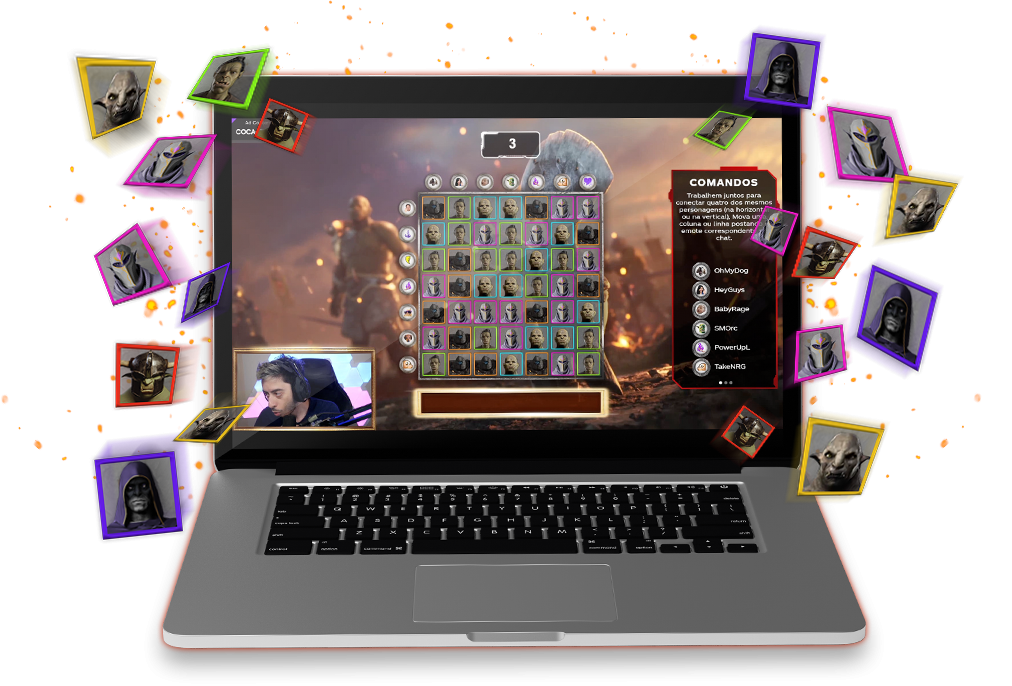 This project saw us yet again collaborating with some industry powerhouses: Twitch, the world’s leading streaming platform for gamers and non other than The Coca-Cola Company. Having worked with Twitch previously we knew this collaboration was going to be exciting and we couldn’t wait to get stuck in!

To support and promote Coca-Cola’s latest ad campaign, ‘Real Magic’, Twitch tasked us with creating a series of puzzle-based challenges and mini games. The promotion needed to run for a 2 hour live stream and saw us working alongside some of the biggest names online from all over the world! The streamers and their communities had to work together, using chat and emotes to vote in order to determine the next move. Throughout the stream multiple codes were also given out to viewers who could exchange these for Coca-Cola goodies!

As this campaign saw the streams happening in real time, we had the pleasure of watching the numbers climb before our eyes. All streams peaked with over 10,000+ concurrent viewers and it was evident that members of the community really engaged with the content and enjoyed working together. Throughout the stream multiple codes were given out to users to be exchanged for Coca-Cola goodies!