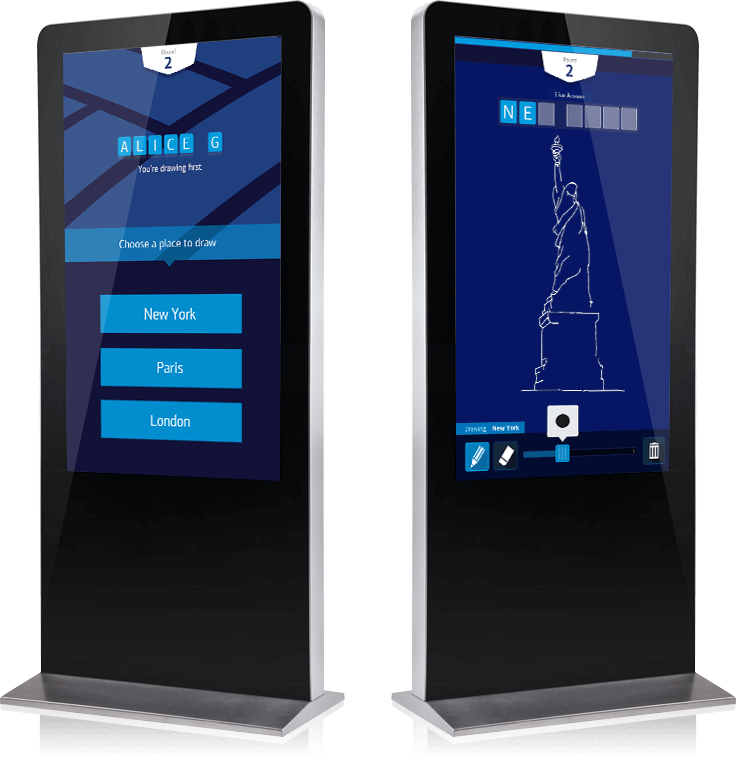 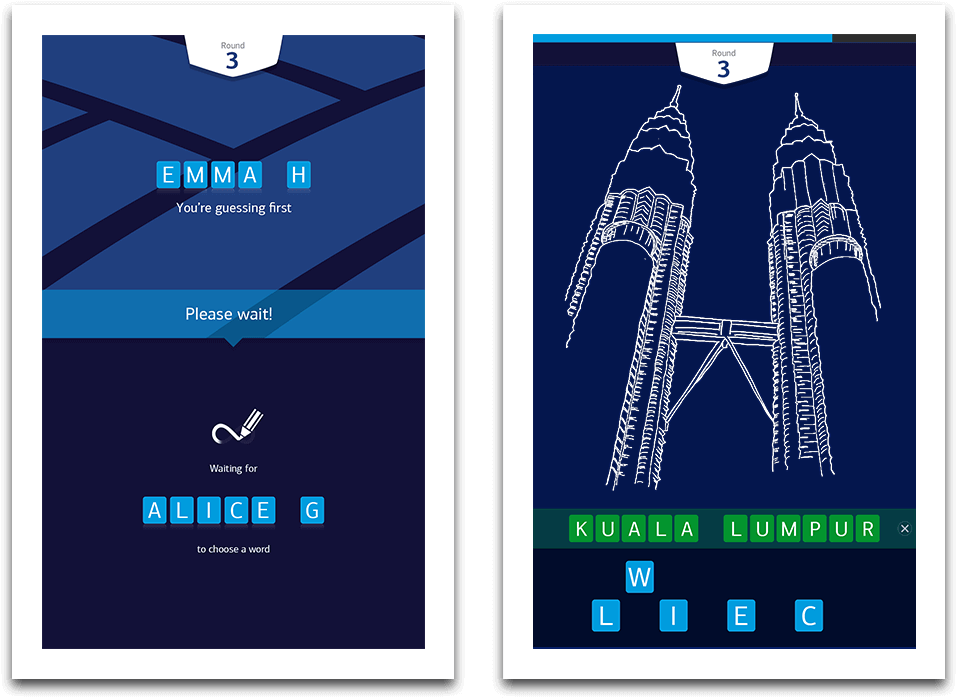 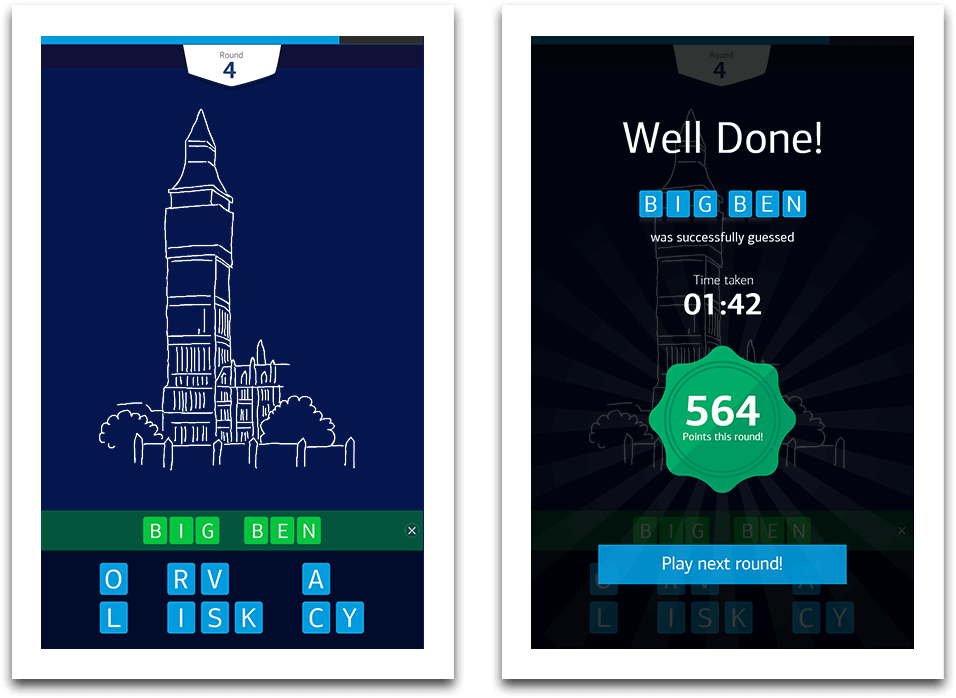 We have a wide range of clients in our portfolio, from local companies to large international corporations. Bank of America Merrill Lynch is certainly one of our bigger, more corporate clients. The multinational investment bank was looking for a developer that understood the games market and would be able to connect with users through the power of play.

Bank of America Merrill Lynch wanted to promote their brand with an app that would draw the crowds! To take advantage of the large engagement opportunities and mass audience whilst touring nationwide fairs, the client wanted to load a two-player app onto two large screens. Popular social 'turn-based' apps, combining drawing and spelling similar to Draw Something, have proved favourable in the past with their target audience, so we got the creative process going and set to work.

Global Connection became Bank of America's live, big screen, kiosk based touchscreen app. We developed the draw'n'guess social game to feature multiplayer functionality. Users would select an image to draw while their opponent (playing on another, unseen screen) would guess the drawing in as little time as possible to gain points. We incorporated multiple rounds to increase average session times (and fun!). The kiosks were a huge success and it was great to see users enjoying our work so publicly.