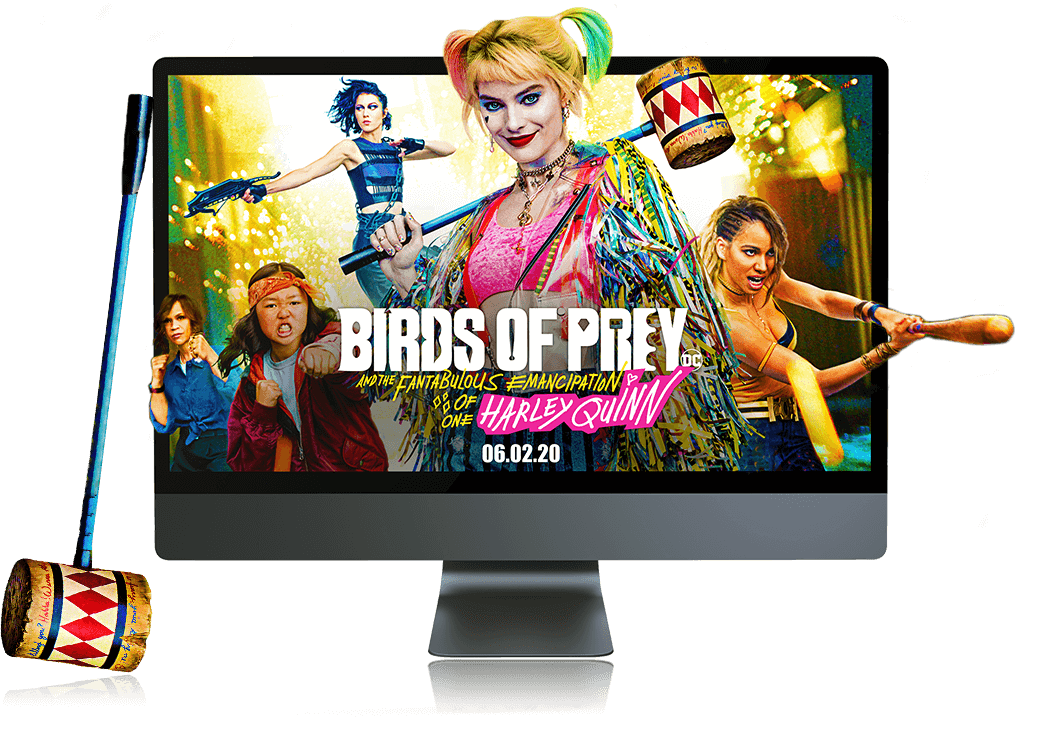 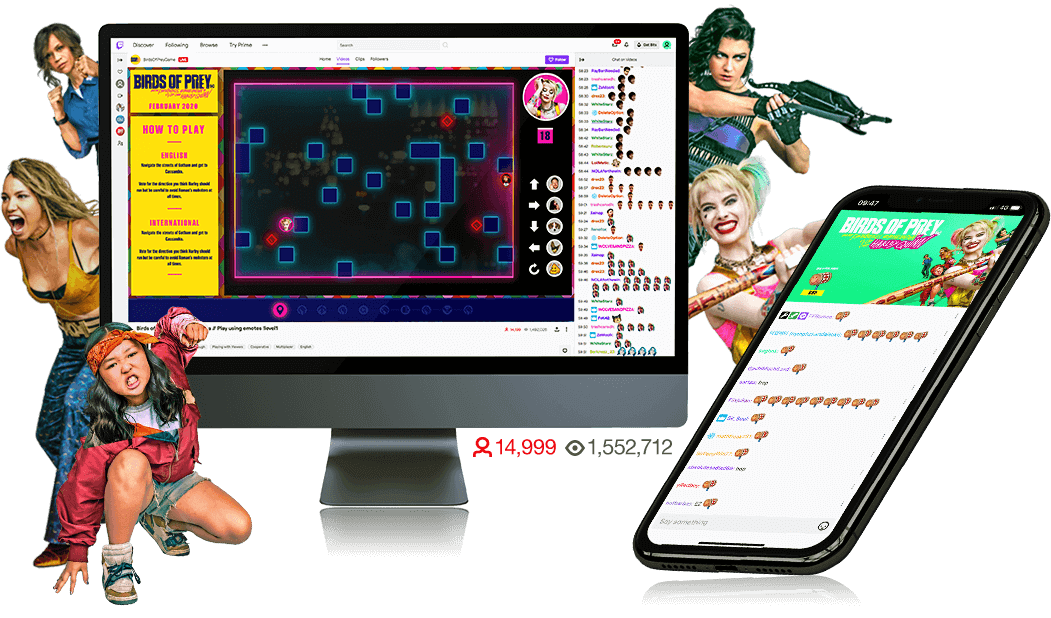 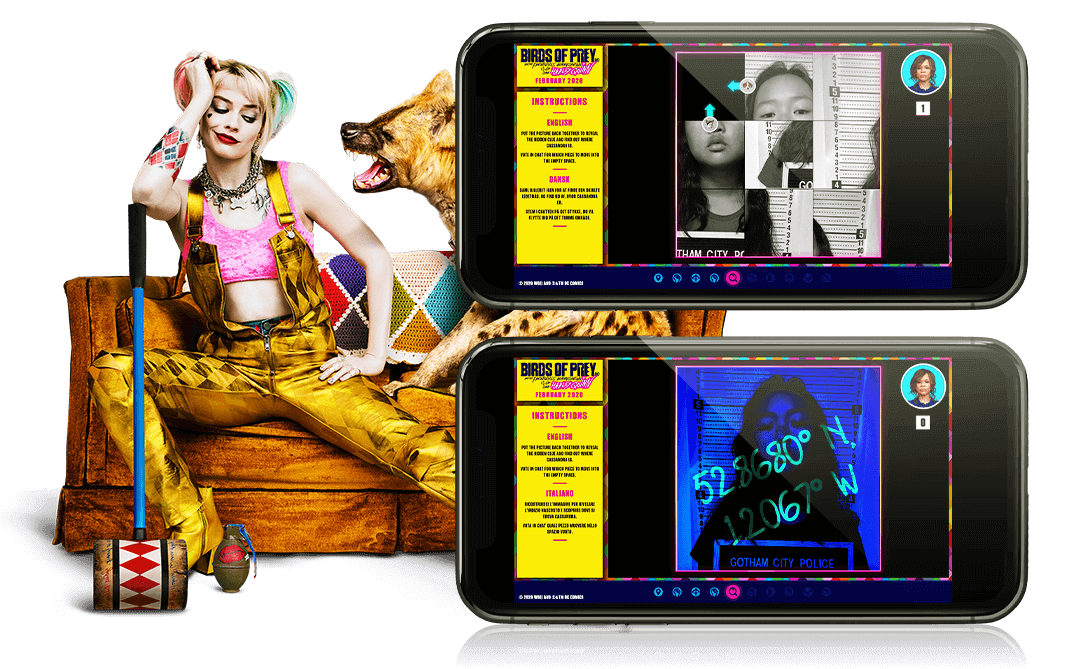 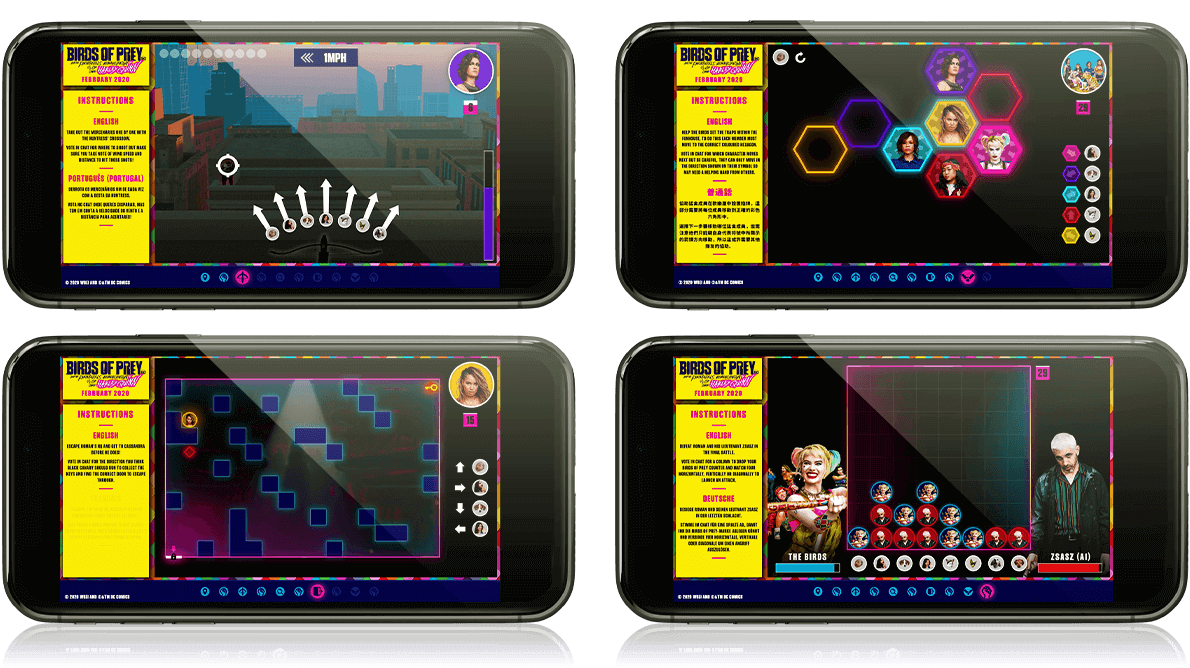 This project saw us collaborate with two entertainment powerhouses, Warner Bros, the guys behind some of the highest-grossing films of all time and Twitch, the world's leading live streaming platform for gamers, allowing them to watch and chat with millions of fans from around the world. We knew this collab would have us twitching with excitement!

To support the lead up to the Warner Bros film Birds of Prey, Twitch tasked us with creating a suite of five branded games each followed up with a ‘boss fight’ level. As well as dropping film plot teasers in the game narrative, the games needed to engage the community enough to last an epic seven hour back to back gaming session being streamed on the BOP game channel. Players would be using the chat emotes to vote and collaborate collectively as the majority vote would determine the next move.

As Twitch streams in real time, we were able to watch the viewing numbers climb (and climb, wahoo!) in situ; total stream views topped a whopping 1.5 million with 15,000+ concurrent viewers from across the globe. Immediate feedback in chat showed that users really engaged with the content - it was totes emotes to watch the chat stream ‘go off’ (something only cool young people say) the moment the final level was completed and a new ‘BOP’ emote plus an exclusive BOP trailer was unlocked!

This campaign was produced in conjunction with our friends at Twitch