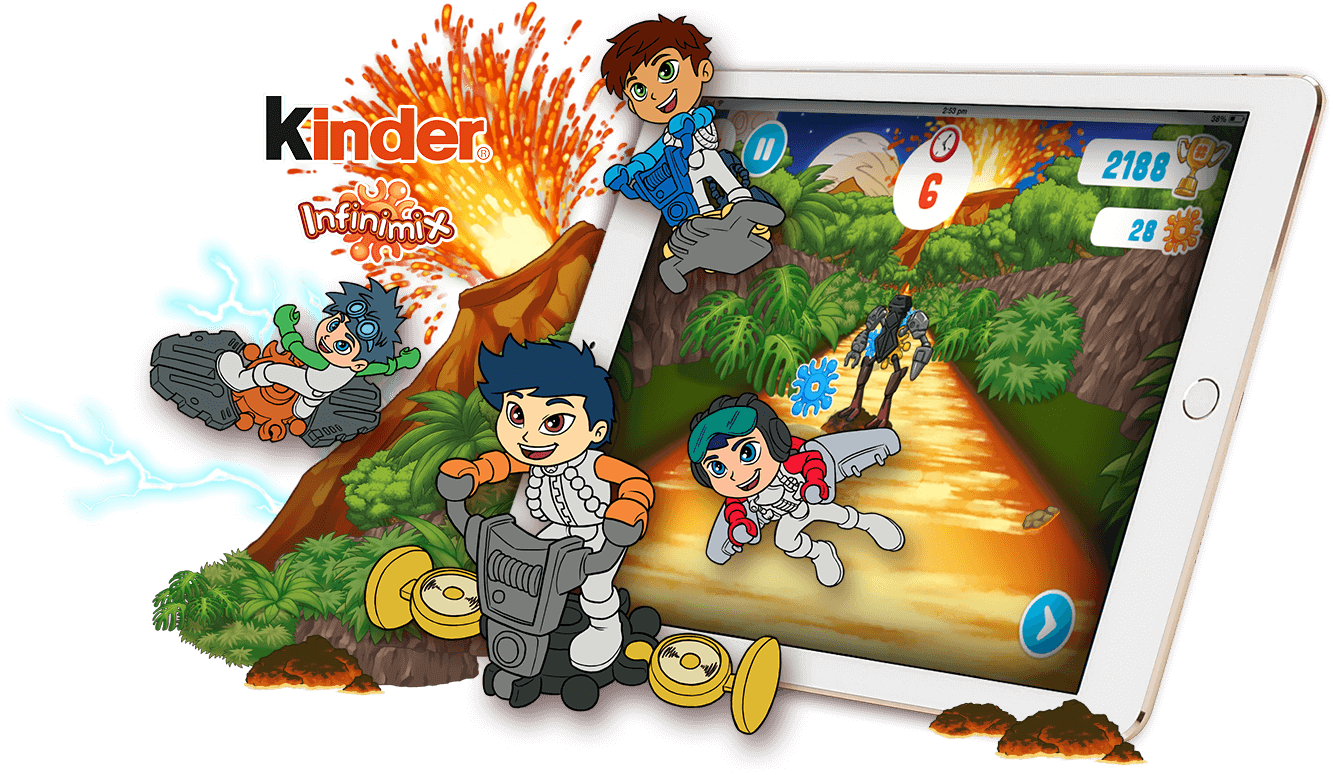 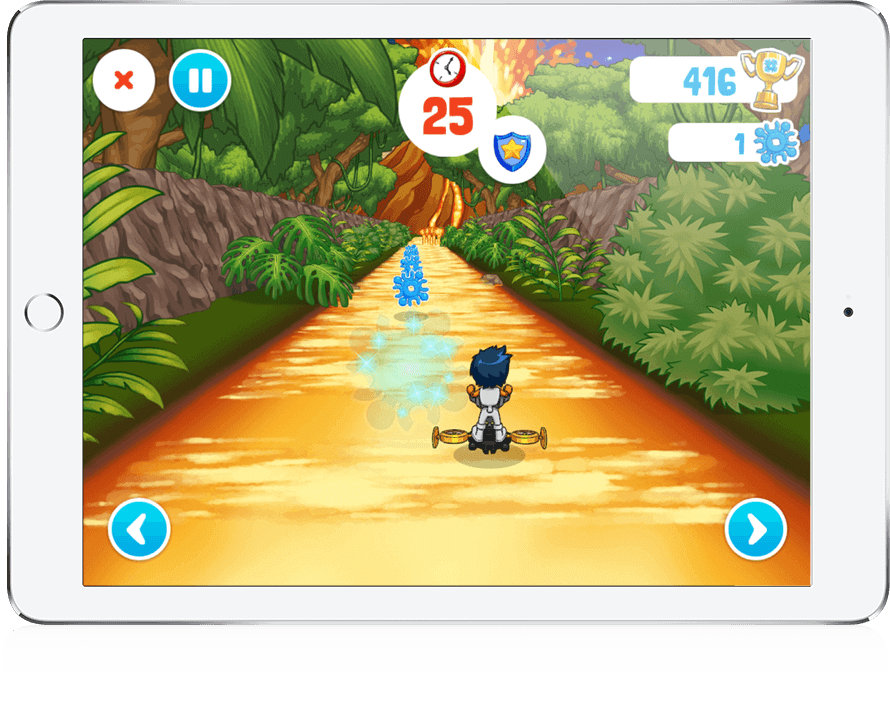 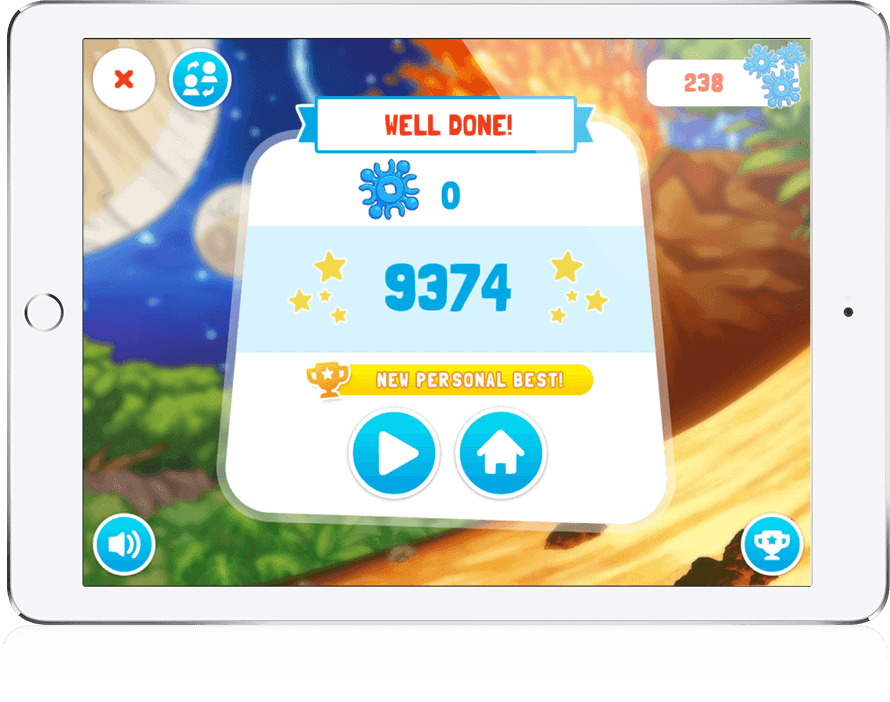 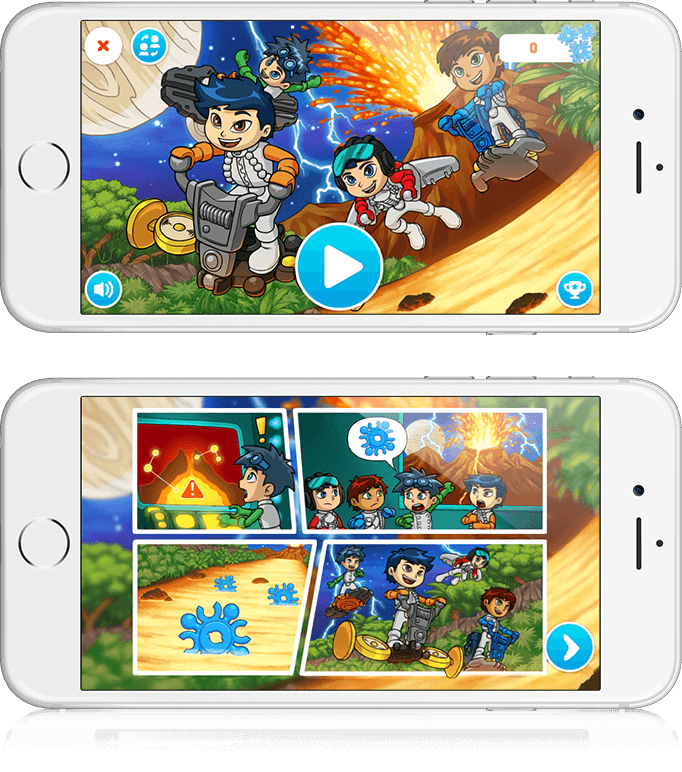 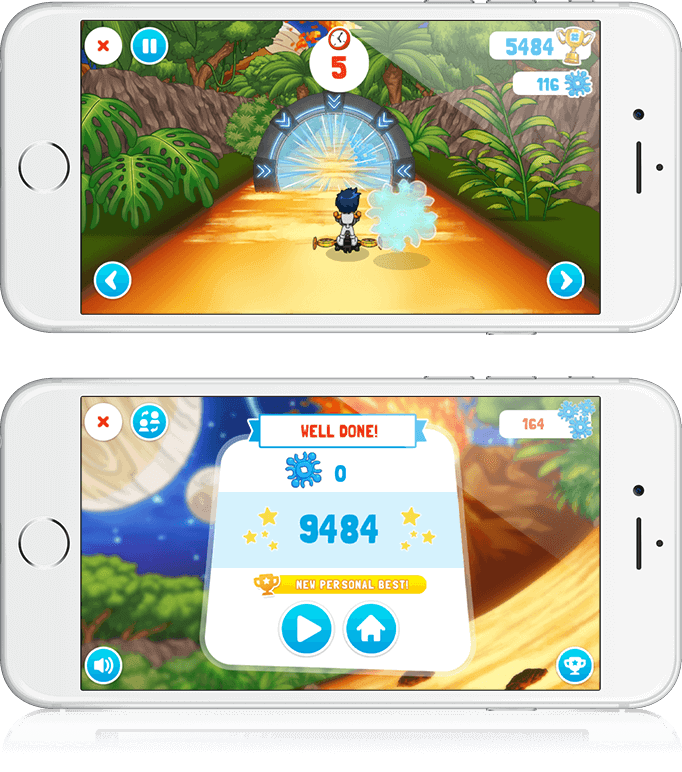 Kinder is a global brand of the Ferrero Group and are a world leader in the confectionery industry. Kinder believe that JOY is a fundamental ingredient for childrens growth and development.

The Magic Kinder app has been created to give parents and their children a free edutainment service they can entirely trust in an extremely safe environment.

Kinder wanted to develop a fun game that features their new line of surprises called Infinimix in a fun and engaging way bringing the characters and their world to life. The game needed to feature the core components of the Infinimix surprises and be designed for boys aged between 3 and 8.

We developed an endless runner style game that requires the players to control their characters down a river of lava. They must collect the Infinimix wheels (a core feature of the Infinimix surprises) whilst avoiding the on-coming obstacles.

Additional characters can also be unlocked and the game also ties directly into core API's available within the Magic Kinder app allowing users to switch between avatars and compete against family members in a local high score board. Available in multiple languages.

Developed for the Magic Kinder App available on iOS and Android

Available in both French and English

Designed for boys aged between 3 - 8