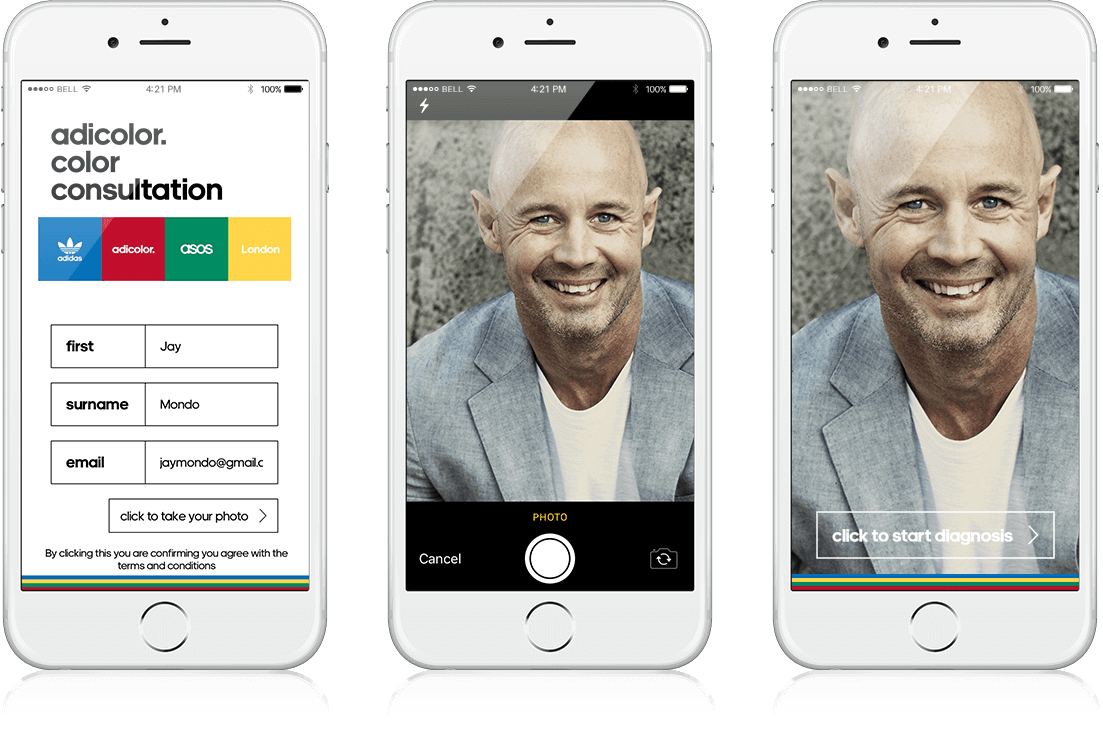 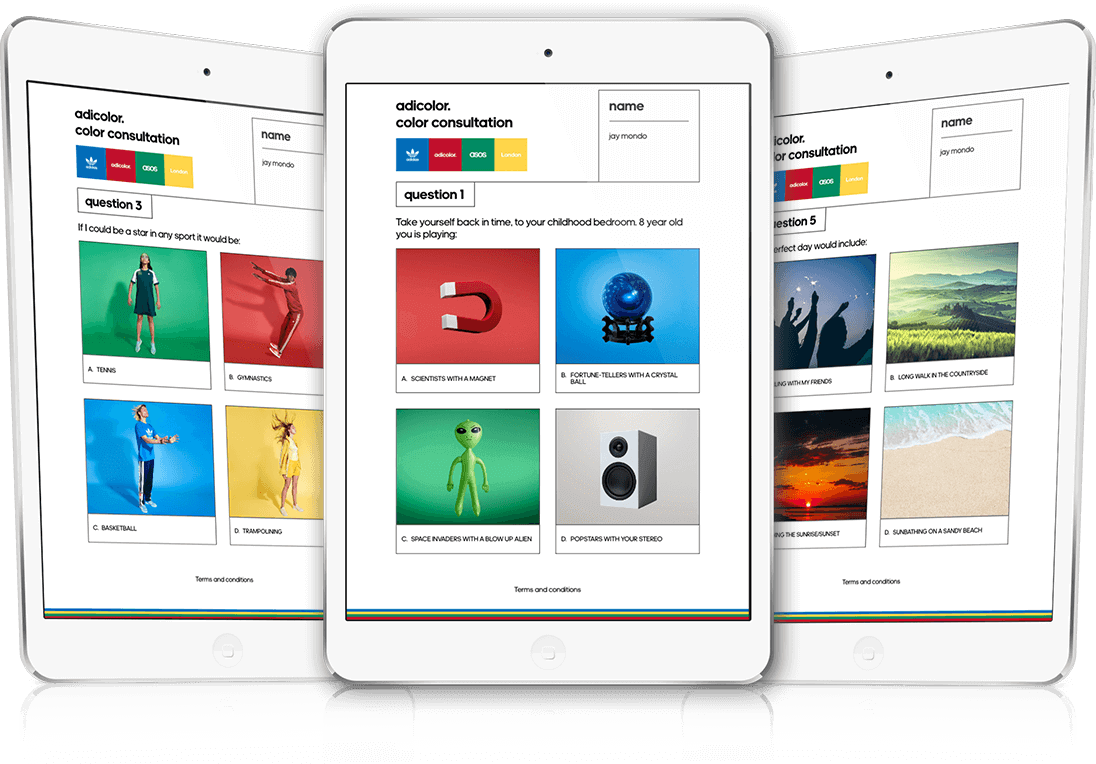 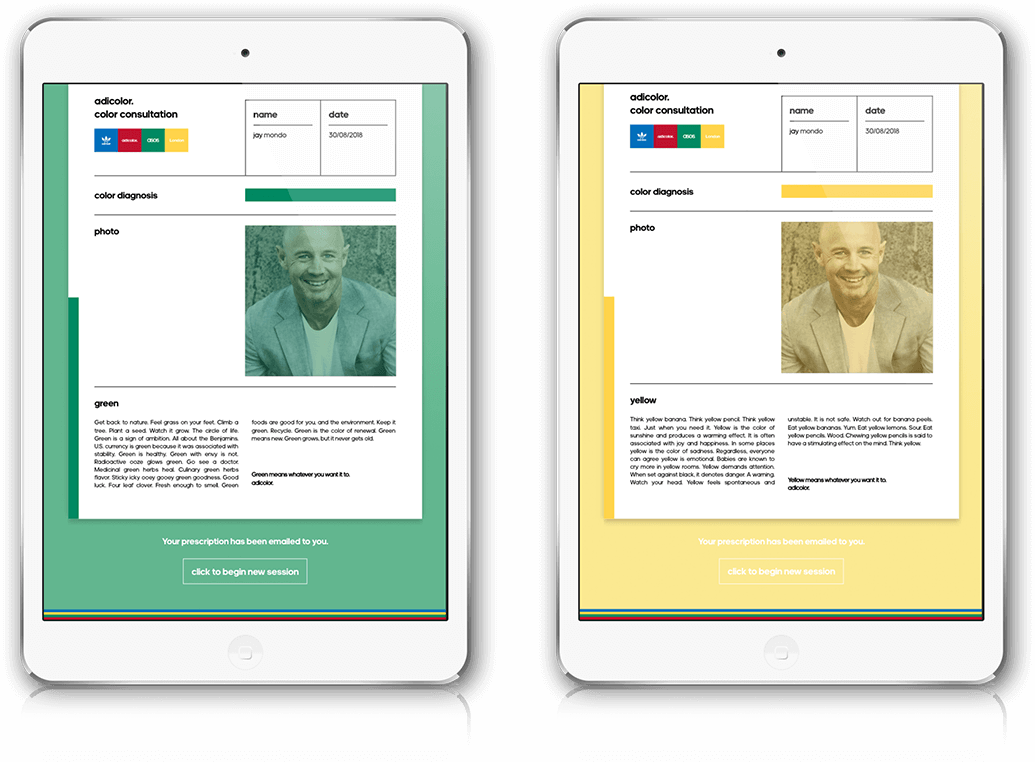 Following the announcement of a famous young billionaire as their latest brand ambassador, Adidas are proving their role as pivotal influencers in the youth market of sportswear and training shoes. With a big brand like Adidas, we knew something dynamic and forward thinking was coming and this project was to be the first of multiple Adidas Koko collaborations! Read on for full details.

The Adicolor Color Consultation was a digital element of the Adicolor campaign (a collection of apparel in primary colours, updated and re-launched for the current 2018 market). Pop up stores would be placed throughout Europe and we were tasked with building a web app for users to use in the stores that would pinpoint which colour from the Adicolor range best suited them. Three major requisites: the app needed to function offline in kiosks, be cross platform and be translated into multiple languages.

We built the Adicolor Color Consultation, a click-through questionnaire tool that when completed, produced a 'colour prescription' that would help the user realise their colour of apparel for purchases. Multiple languages were supported and image capturing was incorporated to assist in personalising the prescription. Compatible on mobile and tablet, database API's were used to support data capture requirements. As it was kiosk based, we provided a Koko man on the ground at the UK pop up for technical support (his Adicolor was Red in case you were wondering!).